Thingadailies #whatever: Fear of the Unknown


We had begun hearing about the novel coronavirus out of Wuhan, China sometime in December, or early January. It felt remote and only vaguely unsettling since it was happening on the other side of the world. Of course, we were concerned about this new virus and how quickly it seemed to overtake the population there and how vigorously it was quarantined by the regimental government. But it wasn't anywhere close to mind.

Eventually it began to spread outside of the bounds of Wuhan, making it's way via travellers to other Asian countries (Hong Kong, Japan, South Korea, etc) and becoming more frightening with the climb of infected and dying people. But it still wasn't top of mind.

March began with cheer and countdowns to vacation. As soon as the first case appeared in Edmonton on March 6th, things began to shift noticeably. When the spread began to effect countries such as Italy and Spain, the numbers took on a more pallid hue, and governments here began to pay closer attention. I bought travel insurance for our trip, not wanting to get caught in Mexico without good help and watched on the news as Covid19 (CO-coronoa, VI-virus D-disease, 19) really started to come to our conciousness and people began to hoard groceries (Toilet paper!) in anticipation of 14 day quarantine periods.

I really wanted this to be overhype on the news but not really effect our daily routines. And, after all, Alberta was a low risk place and we were flying to Mexico, which was also a low risk zone. But I was beginning to pick up a tinge of fear.

Popular posts from this blog

“You are lost, hope is gone, but you must go on and do the next right thing" (Frozen II spoilers below, maybe)
. . . . . There are more moments than I want to admit where I sit in a state of inertia; it isn't as dramatic as Anna, literally sitting in a dark cave, but it is. Because no matter how cliche depression sounds, the analogy of sitting (slumped with grief and pain) in a cave of darkness, is pretty damn accurate. And it is heartening to see a Hollywood animated movie creating space for a character to explore her loss, even momentarily, is a breath of fresh air. The acknowledgement that the future is simply too much to even conceive of and that the darkness is waiting for one to succumb, is a vast net of importance; some days there is only the now, only the next step, the next breath, the nextright thing.
And who is to say which choice is the right one? The imperative of "must go on" loops us back to society's bootstraps but even in that moment, the relief of that…
Read more

The Coming of Yule 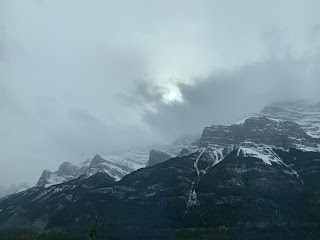 In seven days it’s supposed to be the shortest day of the year, except it is today, due to a weird tilt of the Earth and each day after will get progressively brighter. This is meant to feel optimistic and enthusiastic but it means there is a week when it will be the darkest and the transition towards Yule will set us on a path of regeneration, renewal and self-reflection.
In considering these, the path forward for me is so dark and shrouded, despite a year of intensive therapy pointing out ways to regenerate through boundary setting, identification of emotional states, renewing oneself through self-care, and maintaining reflective and practices in gratitude and self-awareness. It has been a year of steep learning curves and tough choices.
And, yet, it still feels like a wilderness. Brené Brown describes the wilderness as “an unarmed, unpredictable place of solitude and searching. It is a place as dangerous as it is breathtaking, a place as sought after as it is feared. But it turns out…
Read more 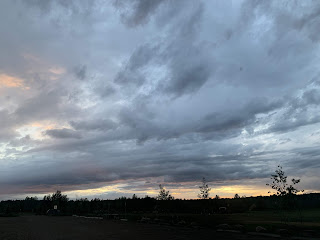 “The word racconto, with its Latin root, is etymologically connected to the English “recount”: a telling again. A racconto aims to communicate a story, personally and purposefully, to a listener...
a racconto is something born from intuizione, intuition.”

Thus, we begin. A place to tell a story—vignettes, really—intuitively embedded in the world of YEG.